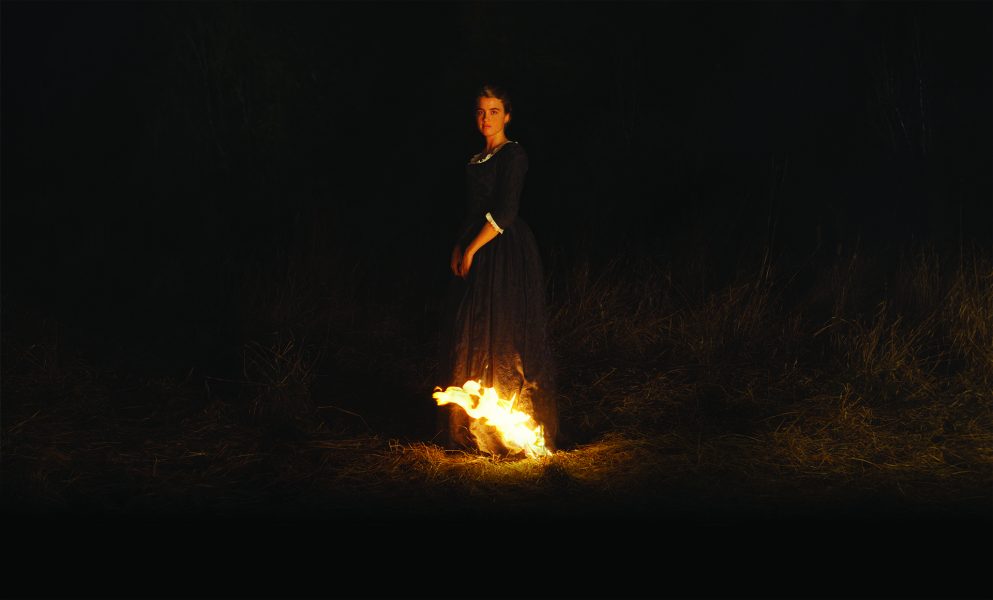 It’s late in the eighteenth century and like in most of the world, women in France are treated as trade goods, unless independently wealthy. Marianne (the drop dead gorgeo…  super talented Noémie Merlant), a freelance painter, is hired by a countess to make a portrait of her daughter Héloïse (Adele Haenel, BPM). The fresco is to be sent to a suitor in Milan with whom Héloïse is to be betrothed. END_OF_DOCUMENT_TOKEN_TO_BE_REPLACED

While one can certainly appreciate the many virtues of The Irishman, there are two undeniable problems with Martin Scorsese’s epic: It’s ridiculously long and the message is muddled (evil rots you from the inside? You reap what sow?) and not particularly ground-breaking.

The Italian gangster drama The Traitor accomplishes the same, if not more, in an hour less. Based on real events, the film tells the story of Tommaso Buscetta (the magnetic Pierfrancisco Favino). A foot soldier for various Sicilian clans, he calls it quits the day the mafia bosses agree on how to divide the spoils of heroin traffic. Somebody mentions to Buscetta there’s a lot of money to be made. He replies, “you can’t take the money to the grave.” END_OF_DOCUMENT_TOKEN_TO_BE_REPLACED

A peek inside the mind of a film critic in real time. Warning: It’s disturbing.

Now that Sonic the Hedgehog is a bonafide hit and talks of a sequel are afoot, the focus has shifted from the speedy mammal to the cast. Jim Carrey is back in manic mode as Dr. Robotnik. At his side, a surprisingly competent henchman: Agent Stone. Loyal to a fault, Stone manages to keep a straight face as Robotnik goes unhinged barely two inches away.

The actor behind Agent Stone is Lee Majdoub, a journeyman actor who, after working consistently for over a decade, is getting noticed not only as one of Sonic’s nemeses but as a recurrent character in the CW series The 100. We contacted Majdoub in Burbank, CA. He relates to Agent Stone in two key areas: His work ethic and big heart.

Jim Carrey is constantly in your face in Sonic. What are the challenges of that?

I would have to tell myself “he’s doing such an amazing job, don’t ruin it, don’t you dare laugh right now.” All my scenes were with Jim and I was feeding off what he was doing. He is a very sweet person to work with. Very collaborative. END_OF_DOCUMENT_TOKEN_TO_BE_REPLACED 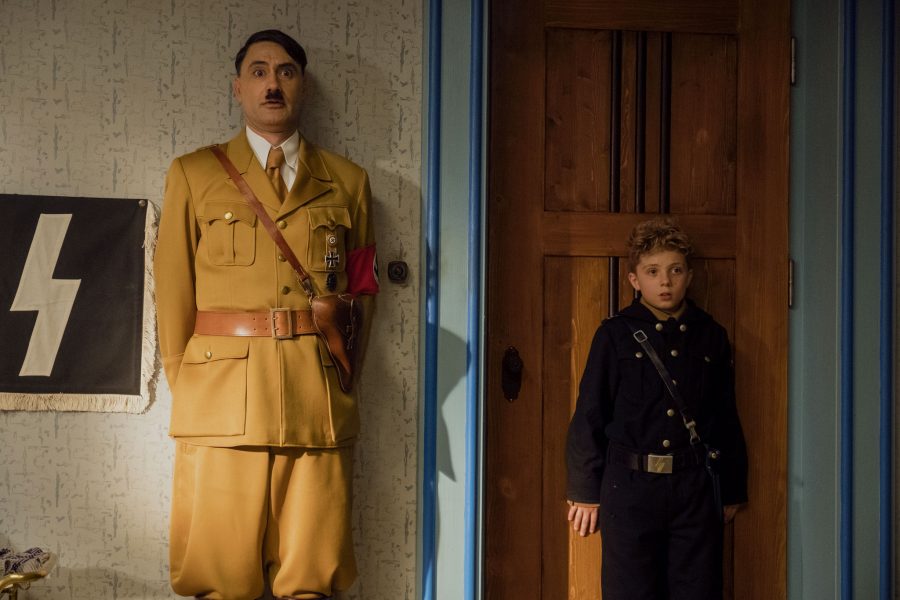 Coming out of a screening of Jojo Rabbit last week (my second), I asked my wife her thoughts on the film. She said she liked it, but didn’t think the message was all that ground-breaking. Fair enough, the notion of “hate” as learned behavior children acquire early on and has long-lasting effects has been dealt with on screen before.

In this video essay, a very angry girl in her early teens argues against the separation of church and state. She believes that if Christianity is kept out of school and government, so it should “liberal ideas” like abortion or transgender rights. Her argument holds no water, but that’s not the point. The rigidness of her reasoning reveals she has never been exposed to a different set of beliefs. The teen is so convinced, she is happy to put it on tape for the world to see. Forever and ever. 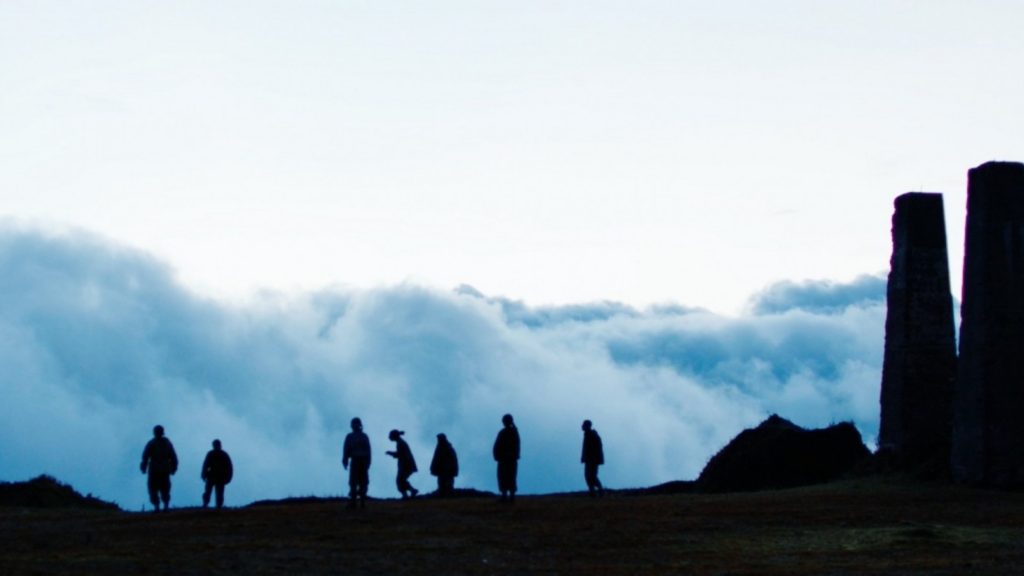 Colombian cinema is having a moment. Not only the local industry has an auteur in its hands –Ciro Guerra, director of Embrace of the Serpent and Birds of Passage— a second one has emerged fully formed from Sundance Labs: Alejandro Landes.

In Monos, Landes zeroes in on a group of teenagers recruited by the local revolutionary army to protect an American woman (Julianne Nicholson, August, Osage County) they keep hostage. The rebels expect a handsome paycheck in exchange for the prisoner, so her wellbeing is a priority.

Things start going south almost immediately when the expected source of protein –a cow– succumbs under a hail of bullets. With little supervision or boundaries, the squad crumbles under the weight of responsibilities, power plays and a warped understanding of discipline. The fact they’re armed to the teeth makes their volatility lethal.

Monos doesn’t take the traditional route of the child-soldier subgenre. Each character is more than their circumstances; the atmosphere is oppressive, but there are laughs to be had and beauty to be taken in (the jungle setting amplifies the drama tenfold). Nicholson is superb as the sullen, scared hostage, same as Moises Arias (The Kings of Summer) as Bigfoot, an ambitious foot soldier who craves power but doesn’t understand the concept of leadership.

The film unfolds swiftly as the Monos squad has no notion of teamwork and breaks down at every corner. That said, I would have liked to spend more time with the teens: Each one seems to carry a story worth telling. Still, the one we actually get is worth the price of admission. Three and a half planets.

Monos is now playing at the Roxy in Saskatoon.

As much as I enjoyed Crazy Rich Asians, the treatment of the film as a triumph of representation gave me pause. Sure, an all-Asian cast in a Hollywood production is something to celebrate, but the characters are obscenely wealthy and the audience-surrogate is well on her way to become a one-percenter. In short, they are hard to relate.

The infinitely more modest The Farewell is more successful at bring the Asian-American experience to the big screen. Not only that, it transcends culture clash shenanigans to depict the very real melancholy that accompanies immigrants through their entire lives. Trust me, I know.

There is a connecting vessel between Crazy Rich Asians and The Farewell: Awkwafina. The rapper-turned-actor who played Constance Wu’s best friend in CRA delivers a compelling dramatic performance as Billi, a burnt-out millennial with more debts than prospects. END_OF_DOCUMENT_TOKEN_TO_BE_REPLACED 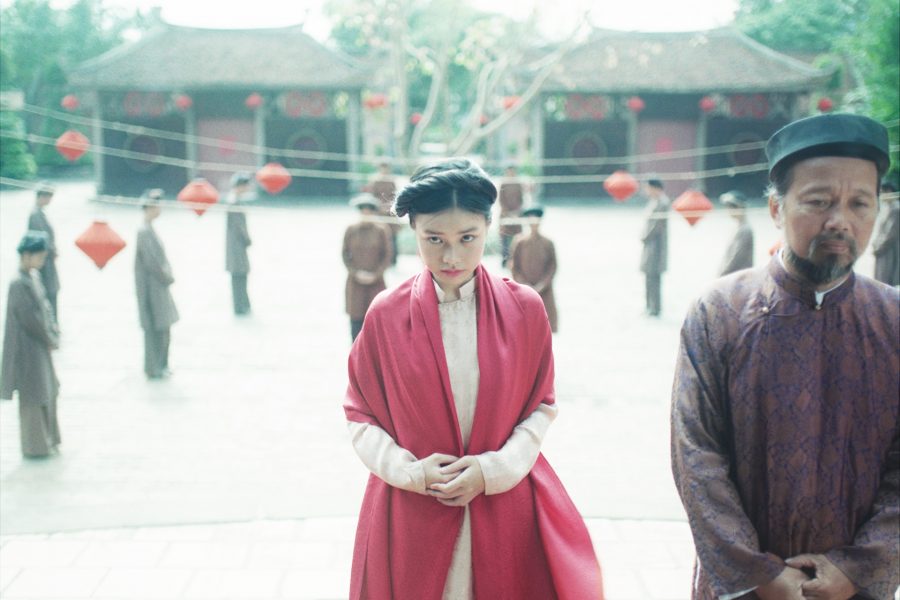 There is a small but critical difference between well-thought-through films and movies too precious for their own good. The Third Wife, Ash Mayfair’s feature debut, is among the latter.

Inspired by country life in Vietnam during the 19thcentury, The Third Wife of the title is May (Nguyen Phuong Tra My), a 14-year old child who’s essentially sold to a landowner she doesn’t know. At the bottom of the household totem pole, May’s only option is to get pregnant and have a son. Hung, the husband —and most of Vietnamese society at the time— values boys over girls and polygamy is seen as a way to improve the odds.

Unbeknownst to Hung, serious drama is unfolding under his nose. His first wife is bent on presenting him with a son, never mind her health. Hung’s second wife, Xuan, is carrying an affair with her husband’s first-born son, a teenager whose coddled existence has kept him from coping with adversity. May herself provides the cherry on top by developing a crush on the coveted Xuan. The characters’ gender gives you a clue who pays for the indiscretions and who gets away scot-free. END_OF_DOCUMENT_TOKEN_TO_BE_REPLACED