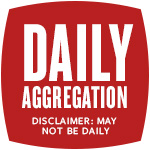 Happy afternoon, Saskatoon It’s -19, a number that’s supposed to pretty much stay constant through tonight. It’s supposed to warm up a lot by the weekend. In case you missed it, the sun came up this morning at 8:36 and will set at 6:04. That’s what my iPhone tells me, anyway. It’s powered by The Weather Network!

1. SASK HAS A $1.2. BILLION DEFICIT AND IT WILL BE USED TO JUSTIFY CUTS EVEN THOUGH THE WAY OUT OF RECESSIONS IS TO SPEND, WITHIN REASON Ugh.

2. BYELECTION PREVIEW Pundits are saying the Saskatoon Meewasin vote will be a referendum on the state of the province.

3. SANCTUARY CITIES Should that be us and if so, what would it mean?

4. HALIFAX POLICE POLITELY PULL OUT OF PRIDE A perceptive and sensitive move given the divisions that’ve erupted over police participation in Pride parades. Still sad, though. I think about the RCMP marchers in Steinbach, Manitoba’s first-ever Pride parade this year—you can’t tell me they didn’t send the right message to community’s bigots. Bringing police into Pride was a historic win for the LGBTQ community. Hopefully the Halifax situation is a “step backward to leap forward” thing.

7. “PATRIOTS WIN, SO EVIL WON” The Patriots are Superbowl champs again. Here’s a column by the Stranger’s Spike Friedman that uses the word “goddamn” nine times in the first three paragraphs. And here’s the trailer for Stranger Things season two, which aired during the game. looks promising.

DOSP.1 WHY DO THEY LIKE THAT ASSHOLE? There’s a good “talking to regular Americans” story on CBC. It’s easy to understand and sympathize with a lot of the frustrations that led to people voting for Donald Trump, although that said, the ignorance is massive. Plus Fox News really fucked America. When Budweiser faces boycotts because it’s not racist, you know that people who want a more civilized country have a lot of work to do.

DOSP.4 Back to football: at least one Patriot won’t be going to the Trump White House!