Gabriela Cowperthwaite, director of ‘Our Friend’: “You Have to Defend Your Vision” 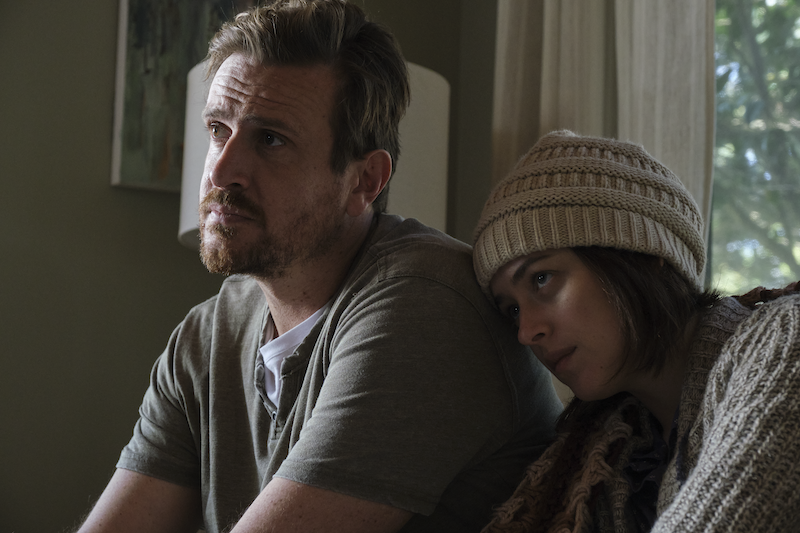 It’s hard to imagine a movie starring the frequently intense Casey Affleck, happy-go-lucky Jason Segel and “it” performer Dakota Johnson. Yet here we are, talking about the meaty indie film Our Friend, starring all three.

Based on the 2015 Esquire article by Matt Teague that won the National Magazine Award (what, you don’t read Esquire?), the film is a time-hoping drama that depicts the friendship of three young adults and how the relationship becomes a lifeline when one of them faces a terminal diagnosis.

At the center of the film are the author of the piece, Matthew (Affleck), and his wife Nicole (Johnson), a couple that has endured numerous complications over the years. For the Teagues, cancer feels like a particularly unfair penalty after surviving the storm. As Nicole deteriorates, their best friend Dane (Segel) moves in. An otherwise listless, scattershot bachelor, Dane keeps the household from falling apart, both emotionally and practically.

Our Friend premiered at TIFF in 2019, back when people gathered at cinemas without masks. At the time, the movie was called The Friend. It was the only adjustment between then and now.

The film was directed by Gabriela Cowperthwaite. Once known as a documentary filmmaker (her calling card was the stirring Blackfish), Cowperthwaite has moved into features, while preserving a naturalistic approach to storytelling. We connected over the phone recently.

Was it always the plan to approach Our Friend using a fractured narrative?

It was on the script. I thought it was a valuable way of going about a difficult narrative, one in which you know the darkness is coming. So, rather than making a film that starts at a high place and then descends for two hours, we made one that feels more like life: You have good days, days you can’t even get out of bed and days you live in your memories. This approach spoke to me and made the journey more palatable.

My outtake from the narrative is slightly different. I figured the film was making a point about giving support: It comes around.

That’s right. The characters weave in and out. It’s like a dance.

How hard was to envision Nicole Teague’s deterioration? The article is rather graphic in its depiction.

We worked on (Dakota’s) makeup, her demeanor, how she dresses and how she carries herself, to make sure you see someone who’s slowly becoming weaker, someone who doesn’t recognize herself. What the character experiences is people turning away from her, not necessarily because they can’t see her not being beautiful, but because they can’t face what’s happening to her. It’s a mirror reflection of what’s going to happen to them eventually. That became more important than having Dakota lose twenty pounds.

Having read the article, I don’t think I would have been able to take the most graphic aspects of her decline.

It would have been impossible to take the article and adapt it exactly as written. I wanted Nicole to play a role in her own death, to give her agency and have her perspective. The article couldn’t do that because it was written from Matt’s perspective. If I was going to make a film with unbearably hard content, I wanted that content to be emotional rather than physical. It would be hard enough to get through that.

Is there any aspect of the Teagues’ story you wish you had included more of?

Probably more of their girls. What’s like for a child to witness this. Then again, you’re asking a little girl to revisit the most painful parts of her life. I don’t think either of the girls was ready for that when the movie was being made.

What did you learn from making Megan Leavey (Cowperthwaite’s first dramatic feature) that you used in Our Friend?

Art is never safe, you have to protect it. You have to defend your vision and do whatever you can to bring it to life. The feature film world is a big machine and you have to drive it.

Our Friend is now available on VOD. Opens at the Roxy Theatre next January 29th.