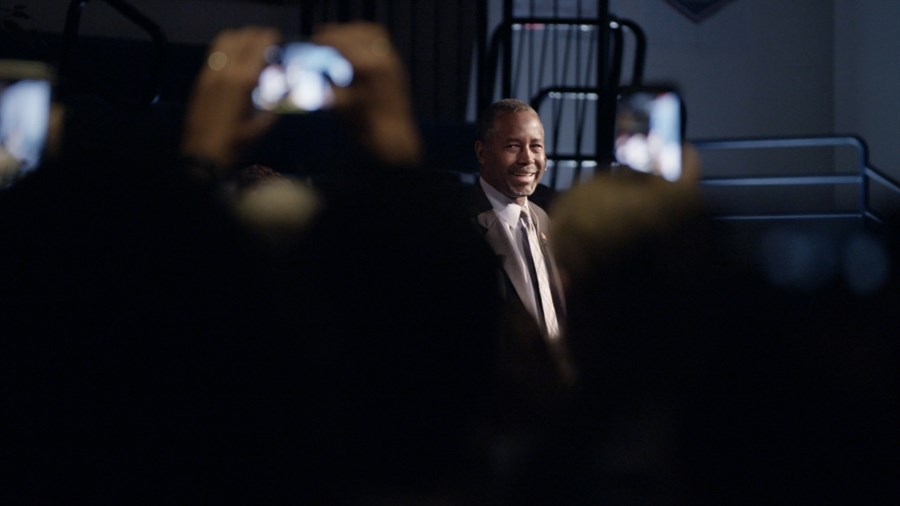 PACmen (USA/Australia, 2017): Of the many dramatic threads to emerge from last year’s election in the US, Dr. Ben Carson provided one of the weirdest. On the strength of a single speech, Carson was jettisoned to the Republican presidential race and for a brief moment, the neurosurgeon gave Trump a run for his money… until he opened his mouth. Unsubstantiated claims about his childhood and bizarre statements (the pyramids were built for storage purposes!) quickly derailed his candidature.

PACman focuses on the two super-PACs formed to support his candidacy: “Run Ben Run” and “Extraordinary America”. As a man of faith, Carson attracted a number of Christian-conservatives who struggled to understand how other Republicans could fall for a rube like Trump. As Carson continued to fall on the polls, increasingly desperate supporters could only blame the media and find solace in prayer.

The film is somewhat reminiscent of Weiner, with the major disadvantage that Carson’s downfall wasn’t nearly as entertaining as the former NY representative’s. PACmen offers very little new information on how Super-PACs operate and even less on the Carson’s campaign (well documented by the media) to justify its existence. It is, however, dryly amusing. 2/5 planets.

Integral Man (Canada, 2016): The most published mathematician since Euclid, James Stewart was a man of many passions: Gay rights, music and architecture. His success allowed him to build a residence with very particular specifications: Heavy on glass and wood, mostly curve. The outcome -Toronto’s Integral House- would go on becoming a sanctuary for classical music and benefit events.

It’s unfortunate, considering Stewart’s considerable legacy. His contributions to calculus are barely paid lip service, let alone his activism (judging from the footage alone, all he did was hosting dinners). First-time feature director and landscape architect Joseph Clement does the very minimum (the house, the house at night, the house in winter, the house empty, the house with people) and failed to venture outside his zone of comfort, at the expense of the subject. 1.5/5 planets.

Recruiting for Jihad (Norway, 2016): There is a fundamental problem with this doc about a Jihadist connecting radicalized young men with the Islamic State: In order to gain access, the filmmakers gave the recruiter decision power regarding content. The film is illuminating, but comes short in showing the mechanics of the process. 2.5/5 planets.