Once Upon a Foot Fetish 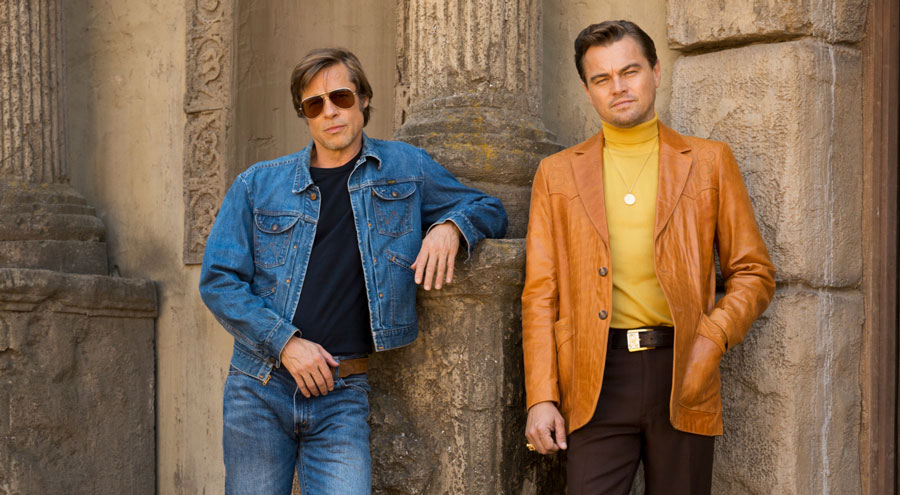 Once Upon a Time… in Hollywood
Now Playing

Quentin Tarantino’s 1992 arrival moved the needle like few others. Reservoir Dogs was refreshing at a time when film narrative was stagnant and dialogue didn’t feel real. It was tight, thrilling, merciless and had great tunes. Even though it was quickly revealed the QT had borrowed, um, freely from foreign cinema, the filmmaker pushed his directing style further and added new tricks to his repertoire. There was one constant: underneath fractured timelines, crackling rapport and reimagining of historical events, there was little to no substance.

It took me a while to realize Tarantino doesn’t have anything interesting to say. There are only so many variations to “humans have a propensity for violence” and by the time The Hateful Eight (his weakest) hit, I was wary of his antics.

In Once Upon A Time… In Hollywood QT tries something different. Tarantino has always been good at drawing characters, but he seldom relies on them to carry his movie (that’s what his overcooked plots are for). Here, the brunt falls squarely on freefalling B-lister Rick Dalton (Leonardo DiCaprio) and his stunt double, Cliff Booth (Brad Pitt, Once Upon a Time’s MVP).

The first two-thirds of the film take place in a 24-hour period in Los Angeles, 1969. During a business meeting, Dalton gets a reality check from a producer: guest villain roles in TV shows (Rick’s bread and butter) are Hollywood’s idea of a retirement plan and he would be better off doing spaghetti westerns. The assessment hits home, particularly since he’s slated to play the heel the next day.

The assessment is also bad news for Dalton’s double/valet, Cliff Booth. Nearly blacklisted for his inability to suffer fools, Cliff is a happy-go-lucky ex-marine with a righteous streak. His spidey-sense goes tingling when he runs across the Manson family, the murderous cult that would put a bloody end to the Swinging Sixties.

Fluttering around the pair is Dalton’s neighbor Sharon Tate (Margot Robbie), a recently married starlet blissfully oblivious to the darkness encircling her. The third act is chock full of developments you’re better ignorant of going in. Just know that you don’t bring out Tate and Manson and not play with them.

Tarantino’s oeuvre is hardly a model of linear narrative, but the time jump here feels gratuitous. Entertaining, but cheap. Then again, it’s not about the plot. QT is going for a vibe. I’ve always thought nostalgia is the most useless of sentiments, but the reconstruction/glorification of Los Angeles in 1969 is truly evocative. Tarantino also succeeds at capturing the toxicity at the Spahn Movie Ranch, where the Manson Family was holed up.

Once Upon a Time’s dialogue isn’t as showy as previous Tarantino efforts and that’s fine. In fact, the only conversation about pop-culture between plays like a photo negative of the diner sequence of Reservoir Dogs: these people are repulsive and the cutesy references reveal actual pathos. It’s an exciting progression that nonetheless goes unexplored. After all, there are period-accurate appliances to show.

With unlimited resources  and a highly selective regard for historic accuracy, Quentin fills every role with a name actor (Damian Lewis as Steve McQueen) or a showy newcomer (Mike Moh as a dickish Bruce Lee is a hoot). This gets distracting after a while, same as the filmmaker’s irritating foot fetish. Seriously, just count the bare feet. It’s normally hard to become immersed in a QT film, but in this case you never get to forget you’re watching a Tarantino movie.

Pluses and minuses compared, Once Upon A Time… In Hollywood still passes with flying colors. But with one movie left of the 10 he promised, I’m losing hope he’ll deliver another experience as transformative as his first two.