REVIEW: Aladdin Gets a PC Makeover 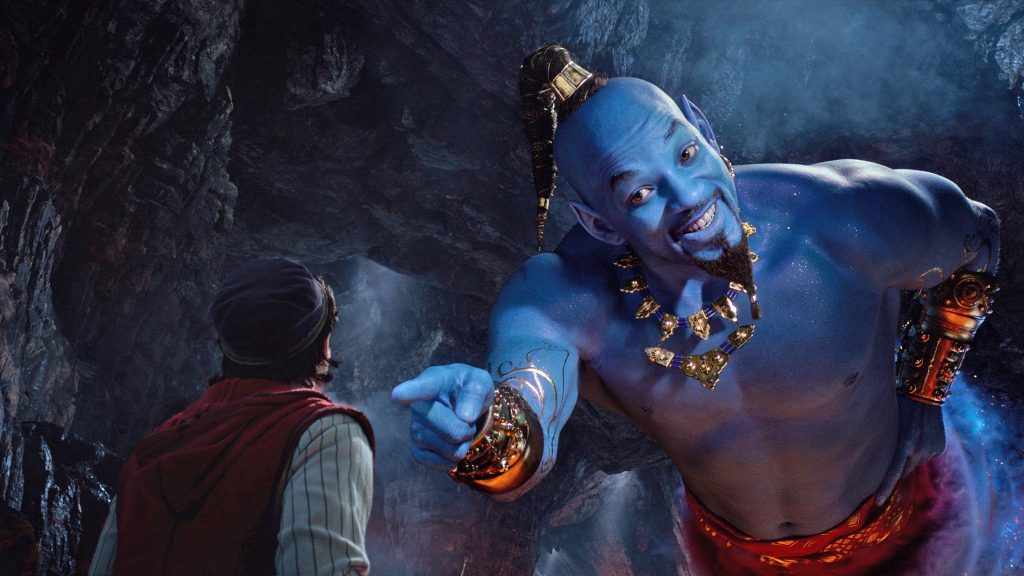 Given all the revenue Disney is generating by turning animated classics as live-action features, it’s very unlikely the House of Mouse will stop doing it any time soon. Even the so-so Dumbo made over 340 million dollars worldwide.

While I would prefer Disney to take risks as opposed to mine the back catalogue, there is some joy to be found in these remakes: The breeziness of Cinderella, the underlying melancholy of Pete’s Dragon, Ben Kingsley as Bagheera in The Jungle Book. The one thing you won’t find: Freshness. These movies have been fussed over within an inch of their lives. They are expected to hit all four demographic quadrants and please everybody. Not hair is out of place and most scenes seem airless.

Aladdin has problems but at least is light on its feet, thanks to director Guy Ritchie’s anything-goes approach and Will Smith leaning hard on his charm.

The plot remains basically the same, except for the #timesup awareness that now accompanies the proceedings: Aladdin (Mena Massoud, Jack Ryan) is a good-hearted thief with a chip on his shoulder regarding his background. He meets cute with Princess Jasmine (Naomi Scott, Power Rangers), who is on a mission to meet her people on the ground.

The chemistry is obvious, but both must overcome a number of obstacles to be together: For Aladdin, abject poverty; For Jasmine, the parade of suitors vying to become the sultan of Agrabah. A modicum of political drama adds to the intrigue: Jasmine wishes to succeed her dad as the leader of the kingdom, but the laws forbid it, let alone the sultan’s main advisor, Jafar (Marwen Kenzari, Murder in the Orient Express), a consummated chauvinist.

Jafar hires Aladdin to get a lamp from a mountain filled up to the rim with treasures. Lo and behold there is a genie inside (Will Smith). “Make a me a prince”, Aladdin says. “Sure”, the genie responds, “but beware the thirst for riches can never be quenched.” You know the rest.

The top forty minutes of the film are rough. As winning as Massoud and Scott are, they are far from able to carry a movie this size by themselves. Their courtship is as contrived as is choppy and I was brazing for another King Arthur: Legend of the Sword-type disaster.

Then Will Smith materializes and everything comes together. I’m hardly Big Willie’s biggest fan, but he epitomizes the idea of supporting player, at least in this movie. In wingman fashion, next to Smith, Mena Massoud comes into focus as a hero worth rooting for. A subplot involving the genie romancing Jasmine’s maid (a terrific Nasim Pedrad, Saturday Night Live) gives the film a comedic boost.

Aladdin can’t fully avoid the specter of Robin Williams hovering over the film, but Will Smith makes the right choices, chief among them trading manic for laid-back. The mostly defanged Guy Ritchie allows himself a couple of flights of fancy: Showy tracking shots and mid-action slo-mo reminds us the idiosyncratic Brit is still there, if restrained.

It’s worth mentioning this new version of Aladdin has scrubbed all those cultural references that made us squirm the first time around (two words: “Arabian Nights”). Don’t expect historical accuracy either. This is pure frothy fun with no nutritional content. Two and a half magical planets (out of five).