REVIEW: Climax Takes a While to Get There 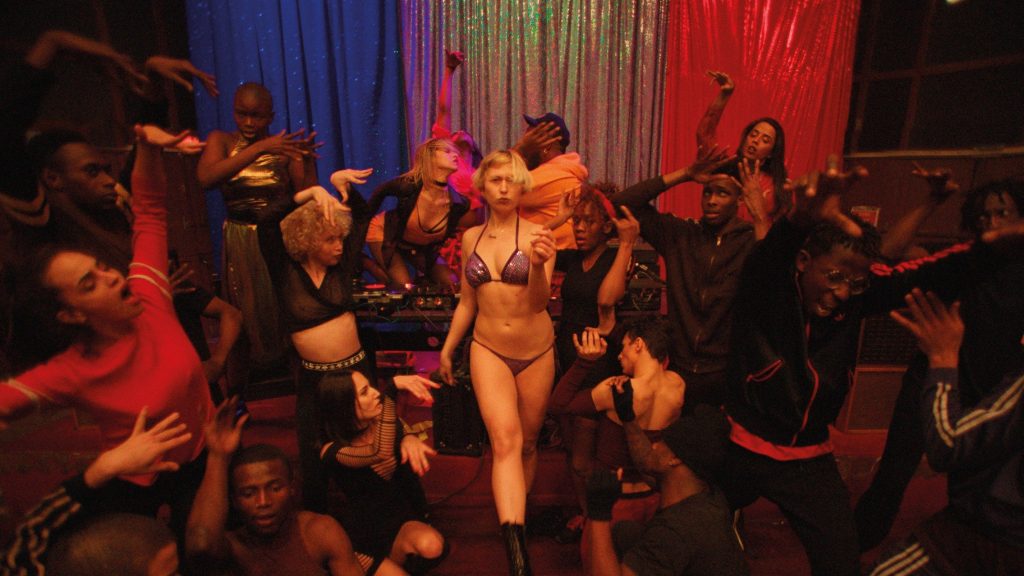 While one of the great provocateurs of modern cinema, Gaspar Noé is not known for his consistency. His most recent work (Love, Enter the Void) doesn’t hold a candle to the truly searing Irreversible and I Stand Alone, but shows a willingness to evolve and an ease with the camera bound to pay off, sooner or later.

Noé comes damn close to get his act together in Climax. It’s not without problems –it feels like a short stretched to feature length– but the setup is one for the ages and features moments of true brilliance.

Allegedly based on real events (as per Noé), the film takes place in the course of one evening at a dance school party in the middle of nowhere. Small dramas and petty conflicts become amplified when someone spikes the sangria with acid (I usually spike it with gin, but to each its own). Unable to escape or contact the outside world, psychosis takes over and the students’ limber bodies take serious punishment.

Even though Climax is an ensemble film, audiences are unavoidably drawn to the single recognizable face of the bunch, Sofía Boutella of Atomic Blonde and The Mummy fame. The rest of the cast is unique, not a stereotype in sight. It doesn’t hurt we’re introduced to each one of them via a very long preface.

The filmmaker enhances the dancers’ altered state via camerawork and analog resources. The scenes are as long as possible, the choreography is visceral (bodies don’t bend that way) and the deteriorating mental condition of the bunch is reflected by an erratic framing. Only in a movie by Gaspar Noé cocaine can be seen as the solution to the crisis.

If only that visual awareness was accompanied by a worthy storyline. Instead of letting the film reflect themes like hedonism and existential despondence, Noé inserts recommended reading and viewing, a copout if I ever saw one. Here is a filmmaker that would benefit from having someone keeping his self-indulgence in check.

Still, Climax is the kind of experience you seldom would have in a movie theatre. It gives you bruises.