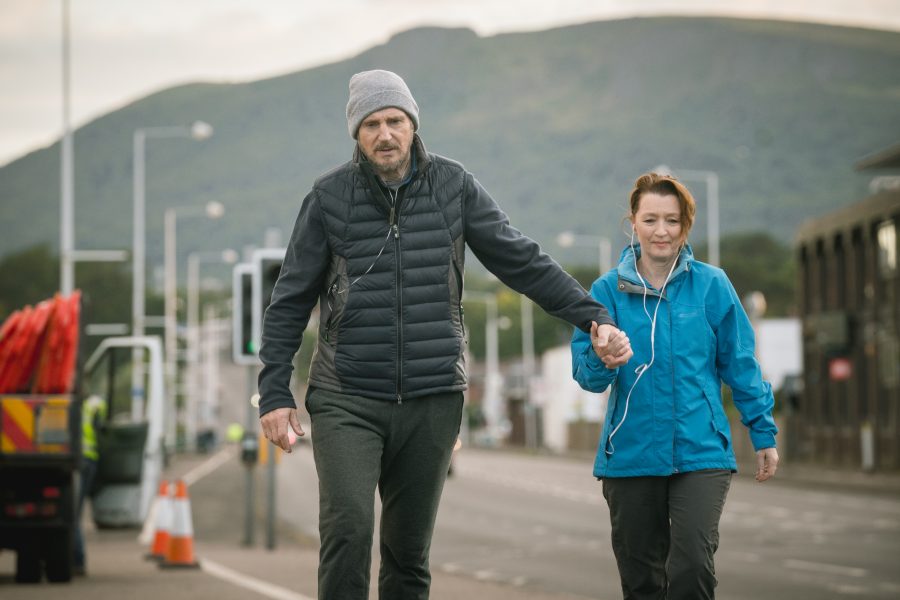 It’s hard to remember after three Takens and a bunch of Taken knockoffs, there was a time Liam Neeson was a thoughtful, understated performer. At 67, he’s trading grunts for acting again, at least this once.

Ordinary Love is as simple as a domestic drama can get. It relies heavily on the lead actors’ acting abilities, but doesn’t offer anything fresh in terms of story or ideas.

The film revolves around Neeson and the age-appropriate Leslie Manville (Phantom Thread’s MVP) as a mature, content couple. After spending decades together and enduring one unspeakable tragedy, Tom and Joan believe they’ve dealt with all the curveballs life had in store for them.

Not even close. Joan is told she has breast cancer, a diagnosis that sends her on a medical journey involving surgical procedures and chemotherapy. Tom wants to be supporting, but he’s mostly adrift, facing the certain possibility of another devastating loss. Dealing with debilitating treatments and the likelihood of death, Joan doesn’t have the energy to be reassuring and despite of their best efforts, the marriage struggles mightily.

Written and directed by Lisa Barros D’sa and Glenn Leyburn (responsible for the excellent Troubles dramedy Good Vibrations), Ordinary Love goes for naturalism while taking full advantage of Neeson and Manville’s acting abilities, without realizing both approaches are incompatible. Fox example, the moments of intimacy between Tom and Joan are beautiful, but in real life, no one is nearly as articulate.

While this is a story we’ve seen before (in a nutshell, it’s a year in the life), there’s a sliver of an idea worth exploring: One faces sickness alone, regardless how well-intentioned those around us are. The movie never digs deep into the subject and goes back to the tried and true relationship drama.

Ordinary Love is perfectly sturdy, but it’s hard to shake the idea it could have been more than that. If that doesn’t float your boat, in a couple of months Liam Neeson will become an Arizona rancher taking on cartel assassins. I’m not even joking. Two and a half feisty planets (out of five).