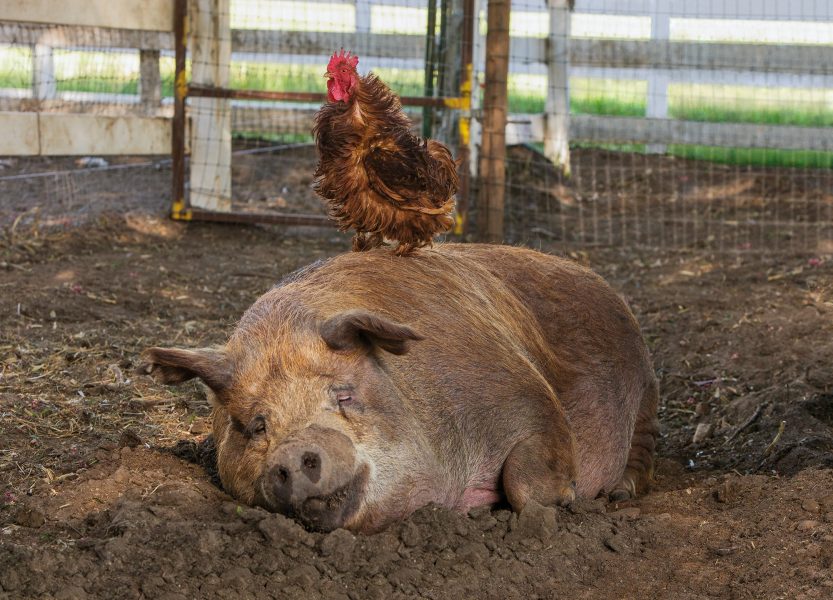 It’s an all too common pipedream: Trading the rat race for the simpler life, one in which you cultivate your own food, grow your own eggs and work your patch of land from sunrise to sundown. Nobody follows through because, as delightful as it sounds, we know farming is a lot harder than this hipster visualization of heaven. Heck, I can’t even grow basil on my balcony.

The Biggest Little Farm chronicles seven years in the life of a couple who actually did it. Inspired by their rescue dog —too loud for apartment living— John and Molly Chester traded their L.A. apartment for 200 all-but-abandoned acres not far from the city. It wasn’t a blind bet: John turned this move into a project open to investors and people who want to learn how to farm.

With the support of a “farming guru”, John and Molly go through every stage of the process. From generating soil to animal husbandry. Sooner than later they discover the number of factors involved in having a successful farm is too high to have them under control, but also that the solution to most challenges lies in the interaction between existing components. The most difficult task is not a practical one, but to overcome the disillusionment of their earnest intent. There is only so many pests one can eradicate.

For someone with zero farming knowledge, The Biggest Little Farm is fascinating. John Chester, who doubles as director and cinematographer, manages to cram seven years of ebbs and flows into one coherent package, without depriving the audience of the small joys and heartbreaks of country life. It even dispenses some pearls of wisdom, like the advantages of taking a step back and solving a problem with existing resources, as opposed to introducing a new variable.

One issue that’s never tackled is the sustainability of the farm. We see the Chesters pivot constantly to maintain a prosperous biodiversity, but whether the project is profitable or not, we’re never told. Similarly, the presence of investors is mentioned in the beginning and never again. It doesn’t detract from the experience, but it would be useful to know if this is just a hipster camp or an example worth replicating. Three planets with goatees (out of five).