REVIEW: ‘The High Note’ Falls Somewhere in the Middle 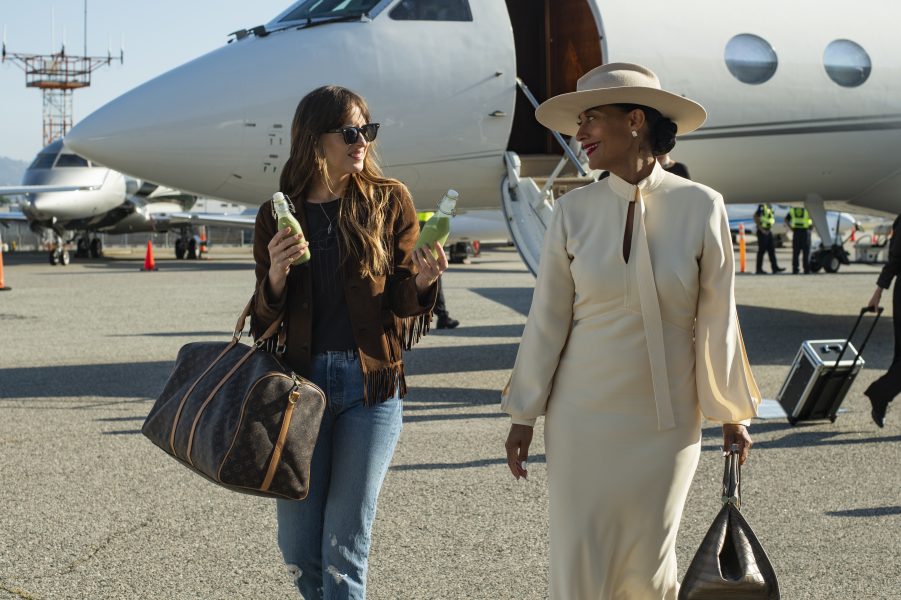 In days as convoluted as these, harmless movies about well-intentioned people overcoming difficulties and coming out empowered are a welcome respite. The High Note is one of those films. Clearly destined for the big screen (nice production values, a combination of up-and-comers and vets), The High Note is a nice movie that doesn’t break new ground or ruffles any feathers.

Freed from the 50 Shades burden, Dakota Johnson is delightful as Maggie, the assistant of an R&B diva. Maggie has designs beyond her less than fulfilling job: She wants to become a music producer, preferably for her boss. But there’s no clear path to go from her lowly job to behind the sound desk.

In turn, her employer, Grace Davis (Tracee Ellis Ross, Black-ish), is struggling with a transition of her own. A decade after her last successful record, she’s been offered a residency in Vegas, the musical equivalent of a farm upstate. Davis believes she still has fresh material to offer, but for industry standards, she’s old news.

These two women’s struggles intersect time and time again. More often than not, they get in each other’s ways and fear to derail their careers stops them from speaking the truth.

Directed by Nisha Ganatra (responsible for last year’s so-so Late Night), The High Note is as mild as they come, coasting on the very engaging Johnson and Ross. Age and race get token mentions, but for the most part the movie avoids controversial territory. The fact the film has a white lead and black supporting cast is balanced by having everybody calling the Dakota Johnson character on her entitlement (you haven’t been dressed down until Ice Cube rips you a new one).

The official word on Tracee Ellis Ross’ role is that she’s playing a version of her mother, Diana Ross. I would argue a PG incarnation of her: She’s high maintenance, but ultimately a straight arrow. The former Supreme is more interesting than that.

Worth mentioning, Kelvin Harrison Jr. graduates from playing a teenager to portrait Maggie’s project-slash-love interest. Last year, Harrison delivered two excellent performances in Luce and Waves. Turns out he can also sing. Kelvin is going places. Two and a half diva-like planets.

The High Note is now available on demand.