REVIEW: The Tomorrow Man Is a Bit Stale 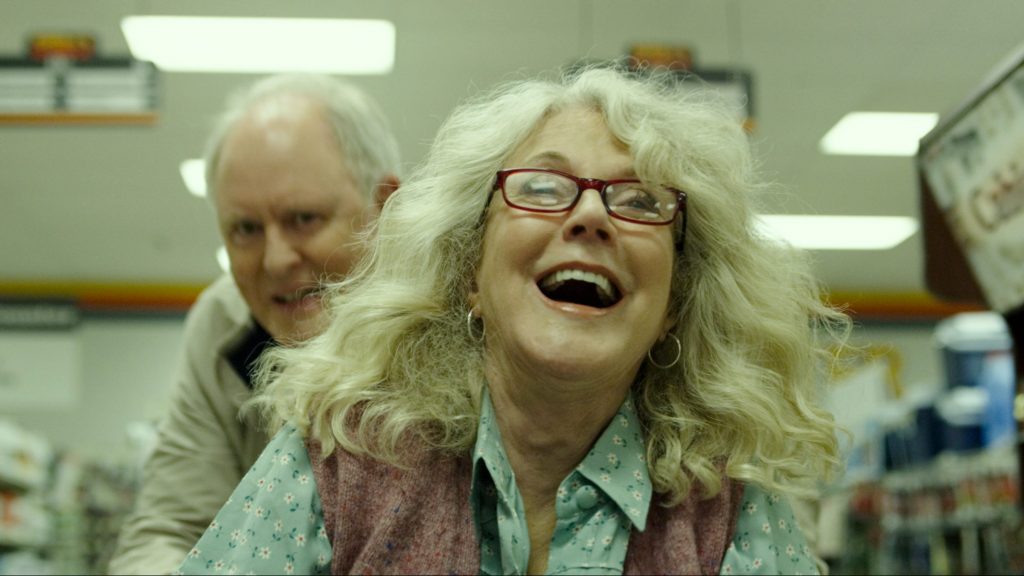 About three years ago, a mediocre action flick made it to Canadian cinemas for no discernible reason. It was called Precious Cargo and featured noted muscle-head Mark-Paul Gosselaar. The former Saved by the Bell star had to go head-to-head against a villainous Bruce Willis, noticeably bored out of his mind. The movie was perfunctory and ended with a collection of bloopers (none of them funny), weird for a thriller. At least Willis got his paycheck.

What has Precious Cargo got to do with The Tomorrow Man? Both are labors of love by people too attached to material that’s not nearly as good as they believe it to be. If nothing else, there is a modicum of humanism in The Tomorrow Man thoroughly absent from the Gosselaar-Willis “romp”.

Written, directed and shot by Noble Jones —who has done videos for Taylor Swift and OneRepublic— The Tomorrow Man is the kind of movie you would take your parents to. At the center of the film is Ed (John Lithgow), a lonely retiree that spends his time in chatrooms and his money on a bomb shelter. Ed is not deranged but he is rigid and prone to rants (so, close).

The prepper’s best laid plans hit a snag when he meets Ronnie (Blythe Danner), the sweet, mousy attendant of a knickknack store. Never mind Ed is rather scary and Ronnie is utterly shy, the pair starts dating. They keep, however, a few secrets likely to cause a rift in the young relationship.

There is nothing explicitly wrong with The Tomorrow Man. It’s just flat like a day-old soda. Lithgow and Danner are old pros, but they are unable to develop any chemistry. More than personalities, their characters are collections of quirks. The movie lives and dies on its ability to make the audience care for these two. At least in my case, doesn’t come close.

In case you haven’t figured it out yet, the title is an indictment of Ed’s prepper ways. Don’t worry if you don’t get it, the movie will spell it out for you. The Tomorrow Man does make a couple of valid points, like old age making us increasingly inflexible and the lasting value of being accommodating. Also, there is no upside on trying to fix someone against their will.

The Tomorrow Man would be forgettable if it wasn’t because of a couple of curveballs and a whopper of an ending. If only the whole movie was as clever as those final thirty seconds… Two prepper planets.

The Tomorrow Man is now playing at Studio 7 in Regina (last day this Thursday) and at the Roxy Theatre in Saskatoon.