REVIEW: The Traitor Is Better than The Irishman (Don’t @ Me) 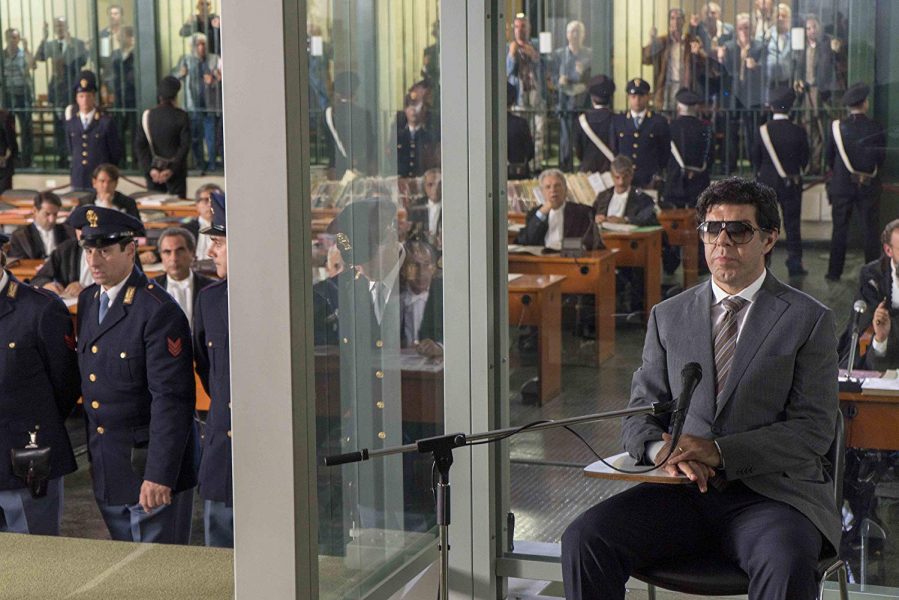 Pierfrancisco Favino is The Traitor.

While one can certainly appreciate the many virtues of The Irishman, there are two undeniable problems with Martin Scorsese’s epic: It’s ridiculously long and the message is muddled (evil rots you from the inside? You reap what sow?) and not particularly ground-breaking.

The Italian gangster drama The Traitor accomplishes the same, if not more, in an hour less. Based on real events, the film tells the story of Tommaso Buscetta (the magnetic Pierfrancisco Favino). A foot soldier for various Sicilian clans, he calls it quits the day the mafia bosses agree on how to divide the spoils of heroin traffic. Somebody mentions to Buscetta there’s a lot of money to be made. He replies, “you can’t take the money to the grave.”

Buscetta’s sensible retirement plan in the Amazonia (!) comes crashing down as it becomes clear the agreement is a ruse and one of the families, the Corleonesi, is exterminating the others for that sweet heroin money. The long list of victims includes Buscetta’s two oldest sons. Initially reluctant to talk to the police, it downs on him the code of honor of La Cosa Nostra is no longer in effect, and becoming an informant is fair play in order to retaliate against the men who wronged him.

There’s another parallel between The Traitor and The Irishman. Director Marco Bellocchio is three years older than Scorsese and in the twilight of his career. He is also taking stock, only in a wild-ride kind of way (as opposed to Marty’s “lavish me with praise” approach). Biopics are often unwieldly as lives rarely follow dramatic structure, but Bellocchio keeps things interesting by focusing on the most noteworthy moments in the life of Buscetta. As the lead, Pierfrancisco Favino doesn’t require de-aging to be believable as a young man or a sexagenarian. It’s called acting.

The many, many assassinations in The Traitor are very cinematic, Godfather-like. Call me a dinosaur, but if you’re going to have mafia hits in your movie, make them pop. 4/5 planets sayin’ nuttin.

The Traitor is playing at the Broadway Theatre February 23rd, 25th and 26th.