REVIEW: The Wife Is Not that Into You 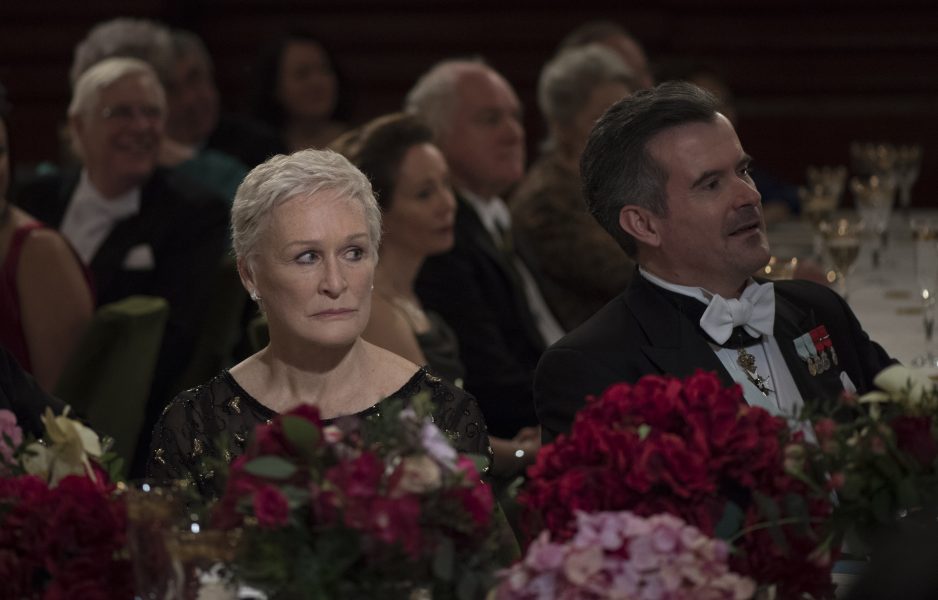 It’s hard to find a more reliable performer than Glenn Close. The six-time Oscar nominee (should have won for Fatal Attraction) can be equally believable as a take-no-prisoners lawyer, the head of intergalactic police corps, and Homer Simpson’s mom.

The Wife gives Close a different showcase, one that asks from her to repress her emotions until it’s not physically possible. It’s a stunning piece of acting, one than someone with less experience wouldn’t be able to pull off.

The beginning of The Wife is dream-like. Literary lion Joe Castleman (Jonathan Pryce), one of those American writers who think of themselves as gods, is awaken by a call from the Swedish Academy. He has been awarded the Nobel Prize, the perfect capper for a prolific career.

Very slowly some cracks begin to show: Joe’s early work is regarded as widely superior to his most recent output, has dalliances with younger women his wife Joan (Close) seems willing to overlook,  and is reluctant to give his son (Max Irons) the approval he so desperately craves. Most damaging: A reporter (a slimy Christian Slater) is about to reveal the Nobel laureate may have prevented Joan from fulfilling her potential as a writer.

Director Björn Runge dissects the Castleman marriage mercilessly, shedding light into the peccadilloes and unspoken compromises a long-term marriage accumulates through time. Unlike the equally brutal 45 Years, we get a cathartic release in the form of unleashed fury.

While Close is the show-stopper here, Pryce is beat-by-beat as good as the man who buys into his own hype. The expertly calibrated match remains anchored in reality throughout, making it far more relatable than, say, The War of the Roses.

As takedowns of the patriarchy go, The Wife is one of the most elegant ones (the writing is exquisite), but don’t mistake refinement with mildness. This puppy has teeth. 3.5/5 planets.

The Wife is now playing at the Roxy Theatre.