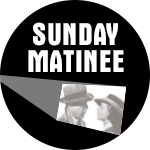 Nat Harbin (Dan Duryea) sees a newsreel that tells how a spiritualist named Sister Sarah (Phoebe Mackay) has inherited a priceless necklace. Nat sends Gladden (Jayne Mansfield) to case the joint and pose as an admirer.

Gladden tells the gang where the necklace is and Sister Sarah’s evening habits. They plan a heist to steal the necklace. 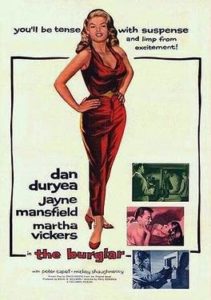 The theft goes off well, although Nat’s car is spotted by police. Once the necklace has been reported stolen the police put up a warrant and search for Nat.

Nat’s gang wants him to get rid of the necklace as fast as possible. Worrying about Gladden, Nat sends her to Atlantic City to hide.

Directed by Paul Wendkos this thriller builds and builds the tension till the big showdown. The movie was remade in 1971 in France as Le Casse with Jean-Paul Belmondo, Omar Sharif, Dyan Cannon and Robert Hossein.