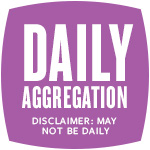 Happy afternoon, Saskatoon! It’s an underachieving 6°C in the city with a high of eight on deck for later. The forecast for the next week is all kinds of lame, with threats of snow on Monday. Wheeeee. Sunset tonight is at 8:15. Let’s just move on to the news.

1. IF YOU CAN’T WIN A FAIR FIGHT, CHANGE THE RULES The Saskatchewan government is getting yelled at for its sketchy-ass plan to preemptively block lawsuits from Sask municipalities.

2. MAGICAL MYSTERY NUMBERED COMPANIES I’ll preface this with the disclaimer that Kevin Doherty, Don Morgan and the rest are following the law, according to the conflict of interest commissioner. That said, I wanna know if all these numbered companies politicians have are rental properties or pawn shops or patches of land or whatever, and I bet you do too.

3. COMPLICATED LEGAL BATTLE COULD BOOT NON-CATHOLIC KIDS FROM CATHOLIC SCHOOLS, MAYBE? I don’t fully understand this (gotta do more reading because I don’t get the motivation for the original complaint, which looks to me like someone going to court to nuke their own funding, which seems weird) but I think it causes trouble for everyone?

4. DAY IN COURT Marc and Jodie Emery were the targets of grandstanding police raids that probably launched to scare pot businesses and activists away from their livelihoods and cause. The raids were a stupid waste of policing resources given the utter wrongheadedness of pot prohibition. It’s not the Emerys’ fault Canada has dysfunctional, irrational recreational drug laws. This kind of crap reduces public confidence in police* (which, if I were a cop, I would be livid about) as well as the Federal Liberals’ legalization legislation. Anyway the two were in court today. “”These marijuana laws are sending peaceful people like ourselves into cells in handcuffs. That’s no way to treat a Canadian in 2017 for something that’s going to be legalized next year,” said Jodie Emery. No kidding.

5. FRANCE PONDERS A FASCIST The French start a two-part presidential election this weekend. Hopefully they won’t send the far-right xenophobe to the final round. There’s probably a decent chance after this week’s shootings. Meanwhile the Conservative candidate sounds like a total douche, the otherwise interesting far-left candidate is too anti-Europe and pro-Russia for my tastes and the socialist who wants to bring in universal basic income has been kneecapped by his party’s past failures. Well, it’ll be interesting anyway.

6. IT’S NOT EASY TO PISS OFF HAWAII BUT THIS IDJIT DID IT U.S. Attorney General Jeff Sessions is apparently a pompous, entitled goof.

7. THE X-FILES IS COMING BACK Fox has ordered a 10-episode 11th season. Hope it’s better than the last one. #Scullyforever

8. WESTJET VS. LABRADOODLE You won’t believe what happened next!

9. SPEAKING OF MISPLACED PETS, HERE’S A NINE-MONTH-OLD STORY ABOUT A LOST-AND-FOUND PET GECKO NAMED “NOM CHOMPSKY” Like it says. I can’t not share stuff like this.

BILL NYE VS. TWITTER Tomorrow is the March For Science. Seems like a good time to drop a Bill Nye video in here. Good stuff, although this guy might argue with him about the hypothetical threat posed by artificial intelligence.