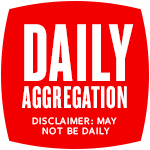 1. MAY DAY VIOLENCE IN FRANCE The upcoming final round of the French election has emboldened thugs, who are running amok. Here’s more May Day news from around the world.

3. WORKPLACE VIOLENCE IS A TOP-FIVE PROBLEM The Workers Compensation Board says it’s the fifth-highest cause of workplace injuries. You can read more here.

4. WHO NEEDS TO TAKE A BUS SOMEWHERE WHEN YOU CAN TAKE A WEBSITE, WAIT, WHAT? Read about a comically inadequate “solution” for Saskatchewan’s soon-to-be-idiotically-devastated transportation infrastructure.

5. OIL BOSSES OPPOSE LEGAL WEED Dicks. Come on, no one thinks employees should be allowed to work while blazed just like no one thinks workers should be drunk. But what workers legally do for fun in their off-hours isn’t a company’s business. Oil companies don’t own their workers.

6. THE NORTHERN TEACHER EDUCATION PROGRAM ENDS NORTEP is done as its last class graduates in LaRonge. People are sad.

8. CAUCASIAN MALE SHOOTS UP SAN DIEGO POOL PARTY “He had his beer in one hand and his gun in the other,” said one witness. One woman was killed. The victims were Black and Hispanic. The shooter was killed by police. The beer wasn’t identified. Theories/guesses in the comments.

10. ALBERTA NDP GOVERNMENT KEEPS TABS ON FOI REQUESTS. Tsk. Wonder if the Sask Party does this? Can’t imagine them not.

11. “A GAUNTLET OF ENEMIES OF THE IMAGINATION” Music legend Nick Cave says he’s not going to write any more movie scripts because Hollywood is stultifying. I’m still sad his Gladiator 2 idea never saw movie screens. If you’re going to write a sequel to a movie that isn’t built for one, you’ve gotta think outside the box. Way outside.

12. “A WRECKING BALL RIGHT OUT OF THE GATE” Trump and the environment.

VIDEO: ONE REASON THE MATRIX WAS REALLY GOOD I enjoyed this video essay on the film’s scene-to-scene transitions. Recommended for fans of the movie and film in general.