VOD REVIEW: ‘You Should Have Left’ Is More Inviting than Expected 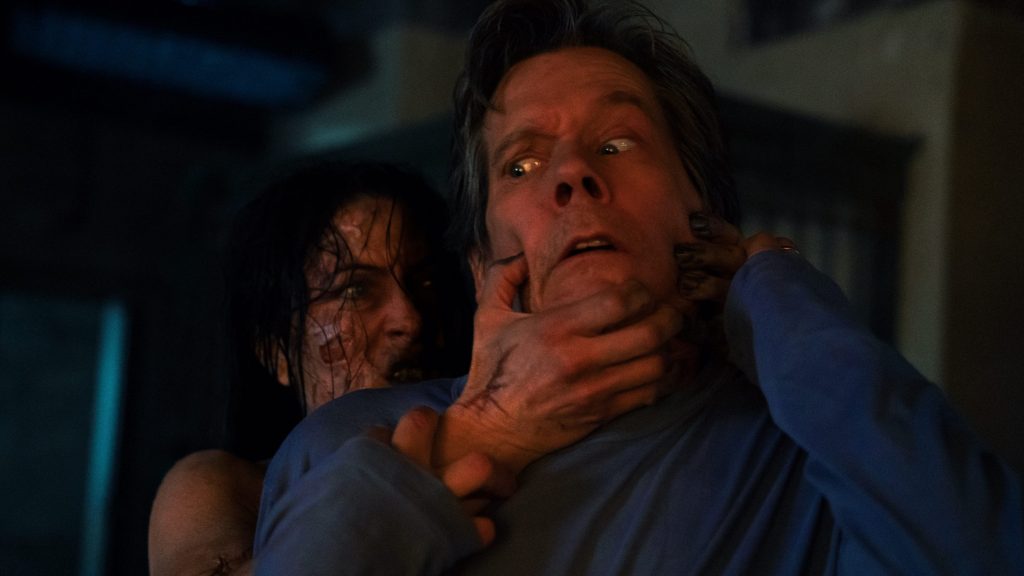 Airbnbs are like a box of chocolates: You never know what you’re going to get. Last year, mine got burglarized. In You Should Have Left, Kevin Bacon lands in a creepy one that may be driving him mad. But I’m sure others are great (insert side-eye emoji).

I’m getting ahead of myself. A Blumhouse production that in any normal year would have hit theatres, You Should Have Left gets a lot of mileage from a classic horror troupe (nuclear family stranded in a haunted residence), one The Shining already perfected. Credit to writer/director David Koepp (Premium Rush) to keep things interesting by fleshing out the characters and writing sturdy dialogue.

The plot: May-December couple —Theo (Kevin Bacon) and Susanna (Amanda Seyfried)— takes the proverbial “break from it all” ahead of a busy time. They find an ultramodern home in the middle of nowhere in Wales (the newest horror cliché), seemingly ideal for them and their precocious daughter.

The clan carries a lot of baggage and not just the literal kind. Susanna is an in-demand actress and her frequent “love scenes” are hard on her husband. In turn, Theo must endure living with infamy over an event that slowly comes to light. The house has a way to bring the marriage’s unspoken problems to the surface and Theo’s already fragile psyche takes a beating. Reality becomes uncertain and it’s not clear if it’s the husband’s fault or there are other forces at play.

The age difference between Kevin Bacon (61) and Amanda Seyfried (35) may get some riled up, but it’s both a plot point and nourishes both characters. It also makes the twists and turns more organic. Bacon, a perennially underrated performer, is sympathetic as a man struggling to remain sane. In any other movie he would be a run-of-the-mill villain.

While entertaining, You Should Have Left doesn’t reinvent the wheel or is particularly good at jump-scares. David Koepp goes for something harder, psychological horror, something he tried before to varying degrees of success in Stir of Echoes (also with Bacon) and Secret Window. The filmmaker comes short, but there’s merit in his work.

Stay through the credits for a tongue-in-cheek, bluesy version of The Clash’s “Should I Stay or Should I Go” by KT Tunstall. Three unraveling planets (out of five).

You Should Have Left is now available in VOD.